State of CT takes my suggestion and returns issuance of ballots to local officials.

Despite the headline, mailing the ballots is a privilege, not a problem.

While this is a big burden on Town Clerks, I have confidence that locally sending out ballots is better for voters than having the State try and coordinate the more than 150 ballot styles used throughout the state, and getting the right ballot to the right voter. I made this suggestion late last week, and was pleased to see that is the new direction.

What has not been made fully clear is the funding for Town Clerks. It's important that the money which would have gone to the mailing house be re-directed to them so they can hire more people, which they will most assuredly need.

Thoughtful Suggestions to Improve the Process

There's a time for reflection, and a time for action.  With less than 80 days before the Presidential Election, now is the time for solutions, not finger-pointing.

I sincerely believe that our excellent local officials in the Town Clerk's office will do a better job for Greenwich Residents.  I hope they get the fundiing they need.

Not afraid to speak out to protect voters

When ballots were sent out by the Secretary of the State a week late, I wasn't afraid to highlight this foulup by my "boss" in Hartford.  When a voter only has 20 days to receive, vote, and return their ballots, losing more than a week of this process to bureaucratic slowness is not right.

Reminder to Check Your Voter Registration in Advance of the Primaries

Several local outlets picked up on this reminder that it's important to check your voter registration to make sure you are able to vote in the upcoming primary of your choice.

We received great coverage from news outlets leading up to the Special Election Day food drive at three polling places:

Thanks to Greenwich Sentinel, Greenwich Free Press, and Greenwich Time for picking up on it, as well as the candidates in the Special Election who both posted about the event on social media.

Posted by Fred DeCaro III · January 13, 2020 3:45 PM
Add your reaction Share
Earlier this year I introduced new poll-worker management software to the office.  This has allowed us to go almost completely paperless in organizing and scheduling more than 200 poll workers for November.  Recently, the vendor used my remarks for the Customer Spotlight section of their national newsletter.
Click below to read my remarks.
Read more

It Ain’t Over Till It’s Over

It great to see poll workers get the recognition they deserve.  Greenwich Free Press ran a great story on Poll Worker Appreciation Day, along with the Greenwich Turnout Trophy. 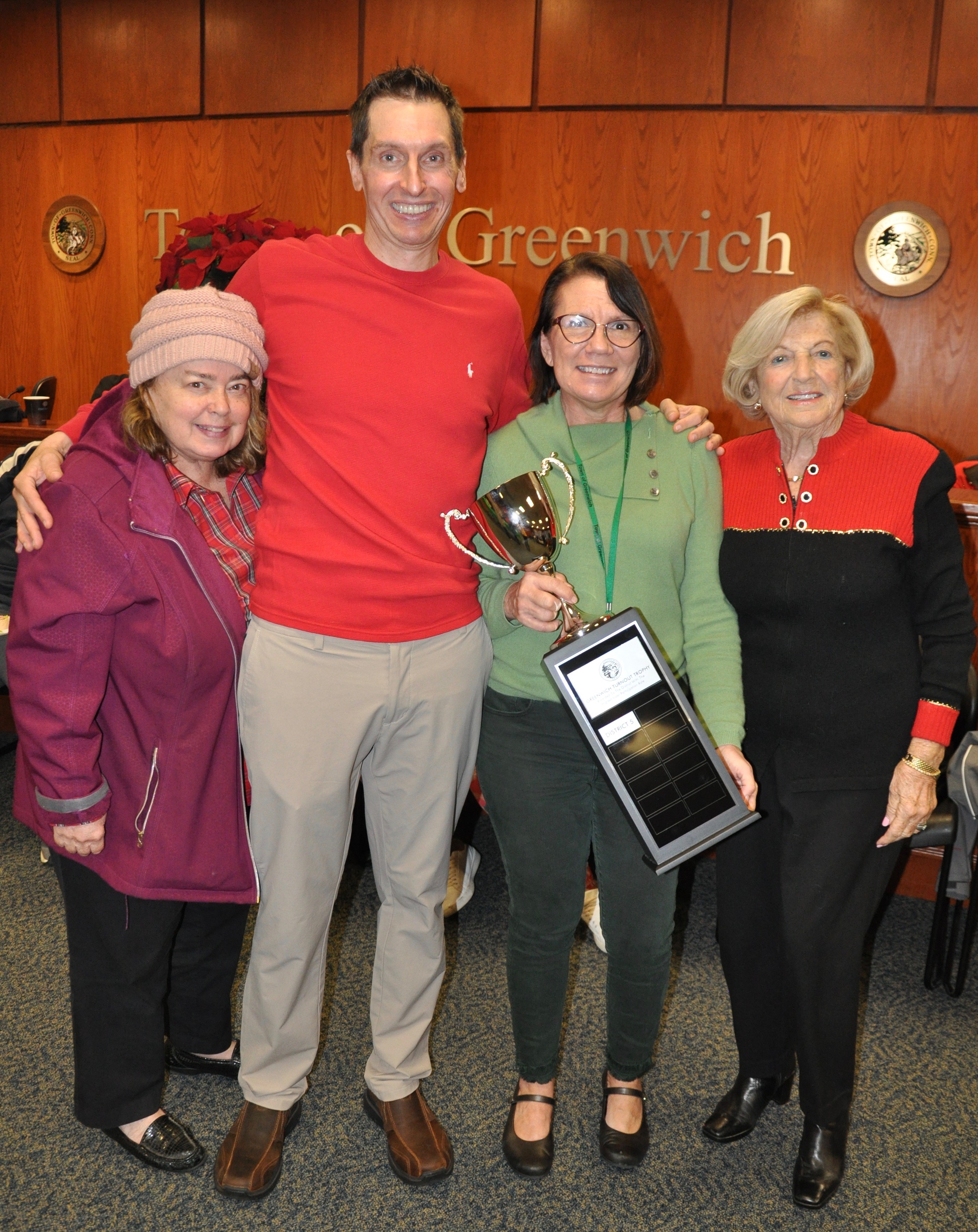 Greenwich Time also wrote a story about the event.

Long before Fred Camillo won his race for First Selectman, the research began into how a special election is declared.  Meetings took place with representatives of the school system, and questions were raised to the legal staff at the Secretary of the State's office.  Following up on that, additional research was performed to educate the parties on their options for selecting candidates.  That acquired expertise is then shared with candidates, party officials, town officials, and other interested parties.

Having a thorough knowledge of Title 9 of the CT General Statutes is a key to properly assisting voters, candidates, and parties.

As November nears, tension is high, and everything needs to be perfect

With more than 250 candidates, the questions come hard and frequently.  In addition to explaining repeatedly the different methods for selecting candidates in multi-opening offices and minority representation, we need to make certain all of the polling locations are set up, any handicap accessibility issues have been solved, proper signage has been placed, 200 poll workers have been hired, and contingency plans are in place for weather, power, parking and other man-made and natural disasters.

After winning the "Democracy Cup" for the highest voter turnout in 2016, we were disappointed when we lost it in 2018 (the cup is awarded after even-year elections).  I've been thinking since then what else we can do that is low cost but would spur additional interest.  Modeling it after the Democracy Cup, I proposed the Greenwich Turnout Trophy, for the highest turnout in a district.  After issuing a series of press announcements, I was featured in Greenwich Time as well as on WGCH highlighting the build-up of what I'm calling the "muscle memory" of voting on an annual basis.

Paid for by Fred DeCaro III

Created with NationBuilder – Theme by Tectonica