So exactly how many ballots were actually counted in the August Primary?

After waiting two weeks for additional ballots to trickle in, here is the data on absentee ballots issued versus counted, along with info on ballots arriving late, being rejected for errors, or simply not arriving at all.  The bottom line, a minimum of 7%, or one out of every 15 ballots could not be counted. 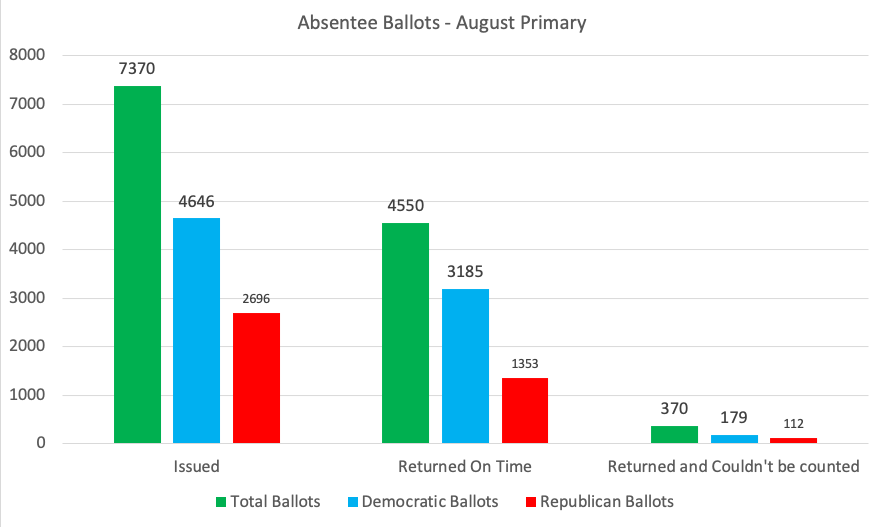 That's not so say that there weren't significant numbers of late ballots.  In a contest where every vote matters, having 5% ballots rejected as late could be a big deal. 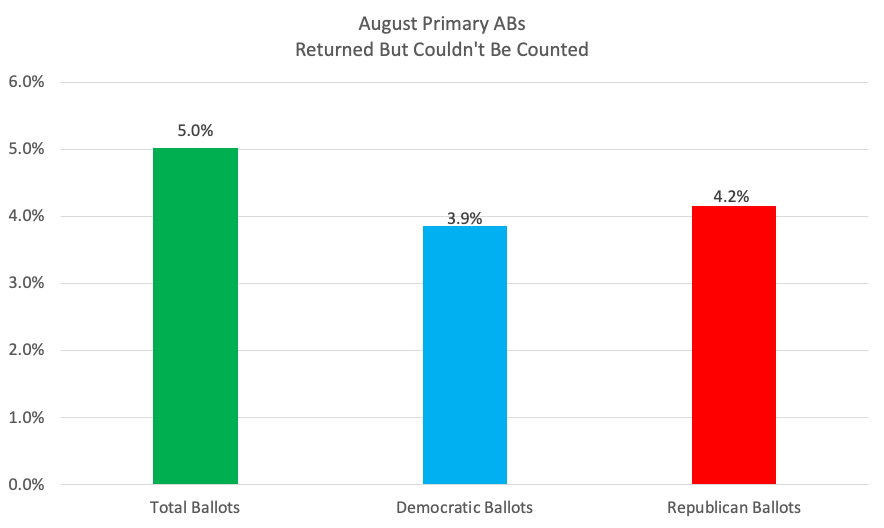 Not every ballot returned late could be identified.  About 1 out of 5 envelopes didn't have a return address on them.  That's not smart!  If you care enough to send in a ballot, then take 20 seconds to add your return address. 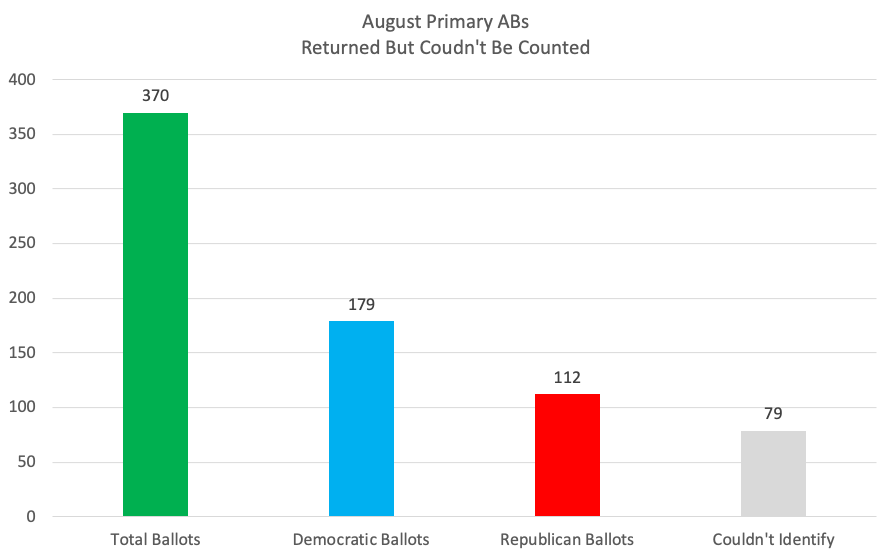 In total, 1 out of every 3 ballots issued was not returned to the Town Clerk.  Was it because when people saw the choices they realized this was the primary ballot, and not Presidential?  Were it because the primary was so late in the game?  If that's the case, why bother to apply for an Absentee?  Or were some of these ballots lost in the mail?  Posts to my Facebook Page claim ballots sent through USPS never arrived?  We hope to send out some inquiries this week. 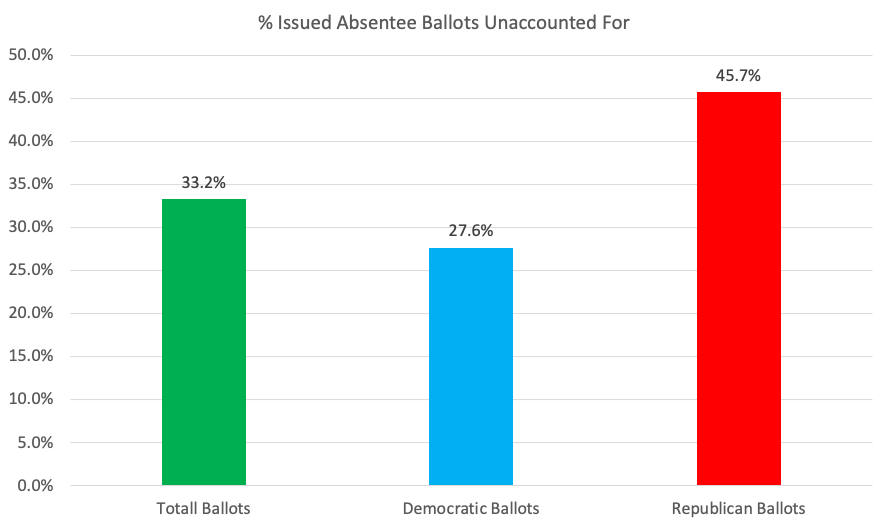 Finally, an additional 2% of all absentee ballots returned were rejected during the review process for failure to follow the instructions, including not signing the affidavit on the envelope. 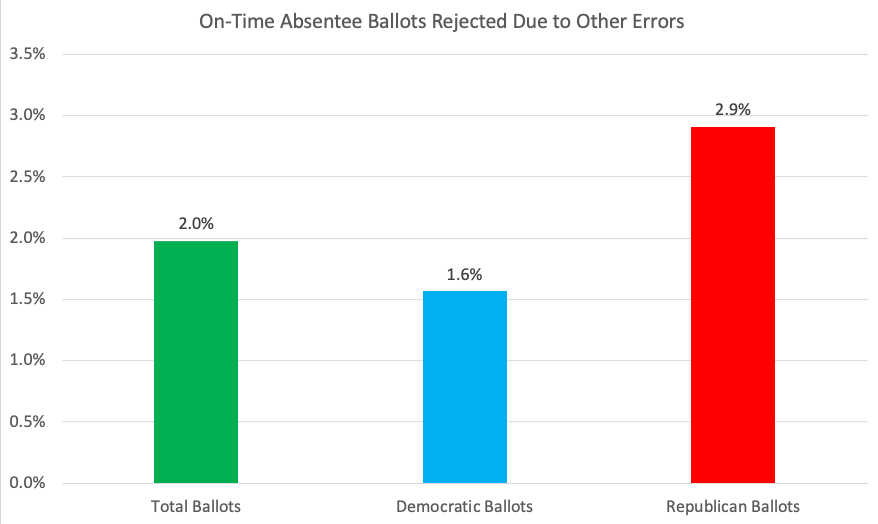 Thanks for reading.  Click Here to have a free "I Voted" sticker sent to you.

Sign in with or
Don't have an account? Click here to create one.
Please check your e-mail for a link to activate your account.
No recent activity
In Greenwich, at the August Primary. 1. Every ballot cast at a polling place was counted. 2. 5% of ballots cast by absentee arrived late and were rejected. 3. Another 2% of the ballots were rejected during the absentee ballot counting process.
So exactly how many ballots were actually counted in the August Primary?
Welcome